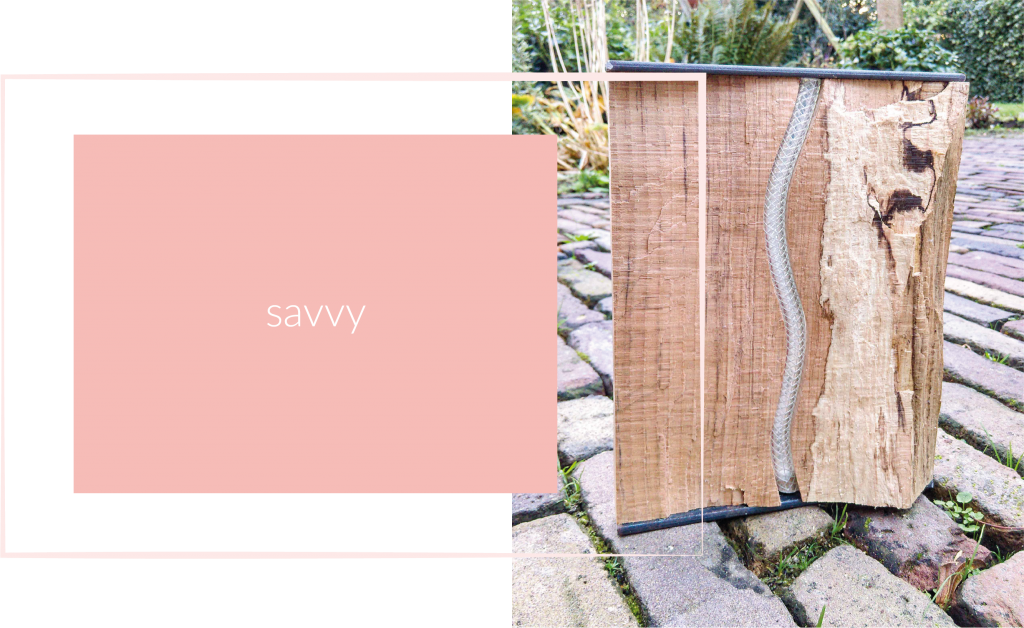 Savvy was a group-product that was made during one of the first courses of the bachelor’s program of Industrial Design. The assignment from which Savvy was born entailed to design “something” within the theme ‘Energy’. We went through many group and individual ideation rounds, first to decide upon a sub-theme and later to come up with design ideas. During the first few days we discovered that we had the same ideas as many other groups, so we had to find ways to be more creative. This course therefore taught us to not only carefully look around for inspiration and do thorough research on the problem and solution space, but also to make use of various brainstorm techniques for finding new ideas.
Savvy is an art object that stimulates people to lower the temperature in their living rooms for a more eco-friendly home environment. The orange bar represents an optimal living temperature of 19 °C, the blue bar represents the current temperature in your home, and the green bar shows how much money you are wasting if you are heating your home above 19 °C or how much money you are saving if you are heating your home below 19 °C. This way it shows users the direct benefits of lowering their home temperature, apart from the environmental reasons.

The five of us did most of the work together, but I was responsible for designing and creating the prototype. Congruent with the design’s eco-friendly goals, I made it entirely from left-over materials. Building the prototype was an important learning experience for me, as the following part of my reflection for this project indicates:

“My goal for this first course was to learn how to think ‘creative’, i.e., to create something new and original. Being able to think creative gives new opportunities in a wide array of problem solving, but was slightly suppressed during my previous study. Letting go of academic thinking for the sake of creativity turned out to be quite a hard thing to do. An example of where this showed was during the making of the final prototype. I started off with a thorough literature research in a quest for guidelines in aesthetics. However, from some point on I had to trust my own – feeling-based instead of science-based – choices. Having to do so came with great insecurity regarding the “correctness” of my work. However, as it turned out, the others were very enthusiastic about my work. Having conquered the insecurity that came with making something without instructions and going with my feelings, felt like a first step in thinking outside the box, and relying on my own vision. These are, in my opinion, important steps towards becoming a creative designer.” 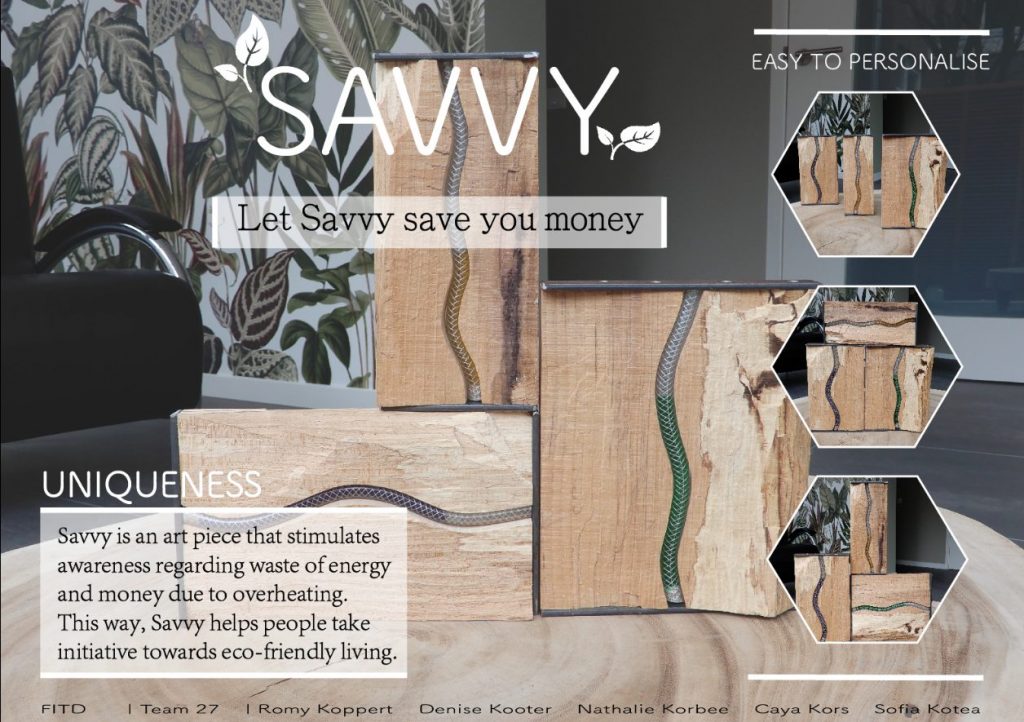